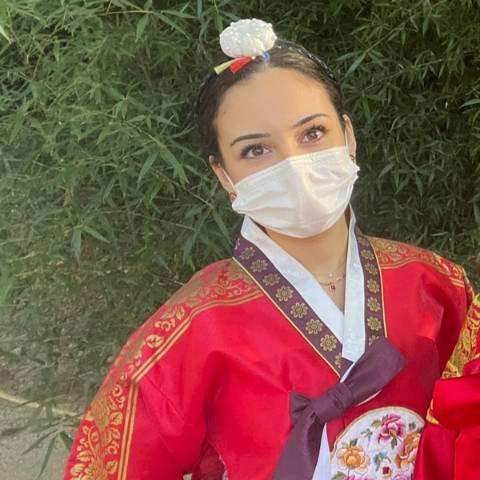 a female Korean poet of the mid-Joseon (조선) dynasty. She was the sister of 허균 (also a poet). The theme of her poems were women living through the 조선 dynasty which at the time held strong restrictions for women. Her writings consist of some 200 poems written in Chinese verse (한시) and 2 poems written in Hangul (한글). From an early age she became recognised as a talented poet however due to her status as a woman, she was incapable of entering into a position of distinguishment. The body of her 'empathetic' poetry was produced after being married.
Sometime during her life she married to the son of a civil official. Her marriage was an unhappy one, as recorded by 허균, as her husband often left her alone at home to pursue other women. She also maintained a cold relationship with her mother-in-law. She had two children, a boy and a girl, however both unfortunately died in infancy.
허난설헌 died at the early age of 27. Most of her writing was burned upon her death per her request however, there are still some surviving poems which you can still find today ^^