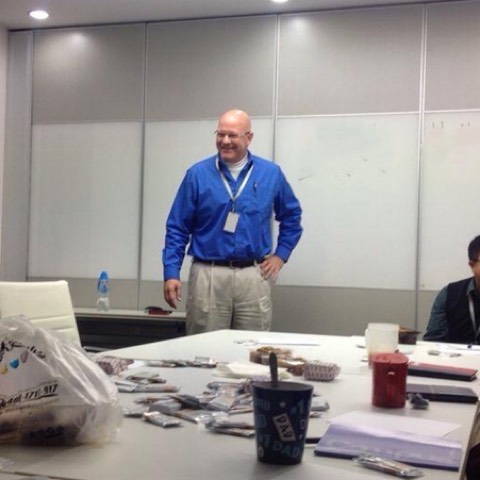 >Draw Up
To draw up an agreement, a contract, a list, etc. means to compose the document and put it in written form.
“My lawyer will draw up a contract and send it for your review.”

>Get Ahead
To get ahead means to be successful in your career or life; to make more progress than others:
“You need to make lots of connections in order to get ahead in this industry.”

>Burn Out
To burn out means to work too hard, so that you become completely stressed and exhausted. The noun form, burnout, is also used.
“If you keep working 16-hour days, you’ll burn out within a month.”

>Zero In On
To zero in on something means to focus closely on it.
“We’ve tried a lot of strategies, but we need to zero in on what’s actually working.”

>Lay Off
If an employee is laid off, he/she loses her job; the company terminates their employment, sometimes only temporarily.
“The R&D department had to lay off a couple of people.”

>Pencil In
To pencil in an appointment means to set the appointment, but not confirm it as final.
“Let’s pencil in a lunch meeting next Wednesday – but I’ll call you later to confirm it.”

>Close Down
If a company, program, factory, etc. closes down, it means it stops operating.
“The company closed down the factory because it wasn’t meeting production quotas.”

>Run By/Past
To run something by/past someone means to show an idea or proposal to that person and ask for their approval or feedback.
“That’s an interesting idea. Let’s run it by the boss and see what she thinks.”

>Sign Off On
To sign off on something means to give official approval for it.
“The manager signed off on the revised budget for 2015.”