Quick Tips: How To Boost Your Target Language With Voice And Video Messaging

Most people use HelloTalk to post Moments and practice grammar through writing. But… the voice and video calls functions are a really useful way to practice speaking and pronunciation. These Super Users are experts in using voice functions for language exchange.

This post is a part of our Super User series. In this collection of articles we talk to some of HelloTalk’s top followed users, explore what makes them stand out, and… what we can learn! 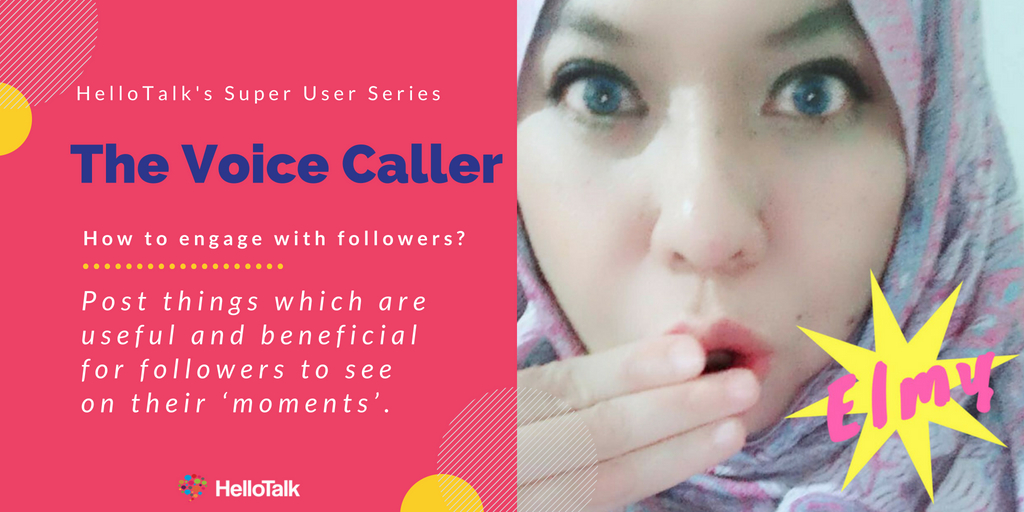 “My goal in using HelloTalk is to learn the Arabic language whilst improving my English. At the same time I can also help other members to improve their English.”

Elmy spends most of her time practicing English conversation through voice calls. She also coordinates activities for the members of her English group. We asked why she thought people followed her.

“I post many articles, poems, and life quotes on my Moments. People also want to be a part of my English group.”

Be yourself and be friendly to everyone. If you have followers post things which are useful and beneficial for them to see on their Moments’ feeds. 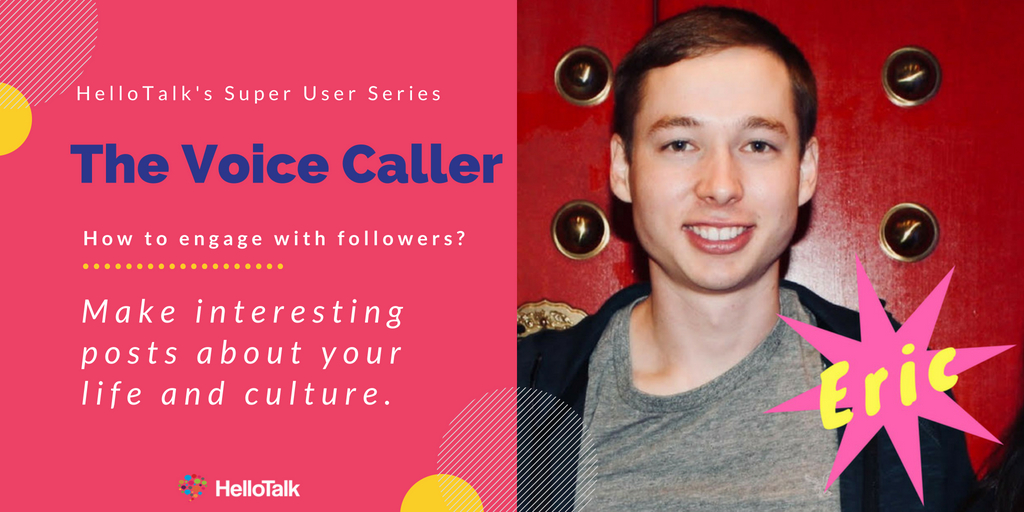 “My goal in using HelloTalk is to become proficient in Mandarin Chinese.”

As a native English speaker Eric’s speech is clear and easy to understand which is good for the voice recording in HelloTalk. Eric also finds voice and video calls useful when practicing Mandarin.

Make interesting posts about your life and culture.

Speaking a foreign language can be hard when you interact in a real time conversation. When creating a voice recording, you can take your time to prepare, and practice a couple of times before hitting the “post” button! What’s more, you’ll get feedback from real native speakers. What have you got to lose?